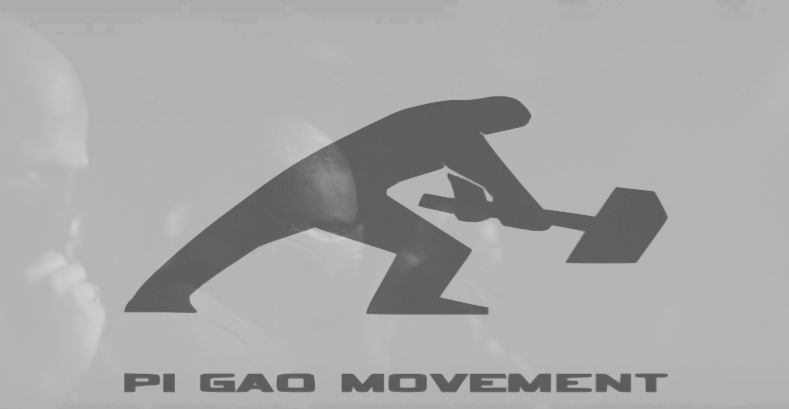 The mysterious duo, better known as Ultradyne (Dennis Richardson and Frank De Groodt), has been making some of the more interesting and unique electro music to grace a turntable. Previously they have referred to their hometown of Detroit as their training ground but that's where the connection ends, this is music that does not belong to any regional pigeonhole.

They have a multitude of releases since 1993, all quality, with even the strangest and most impenetrable tracks on ﬁrst listen ﬁnally revealing themselves to be the diamonds in the rough they are.

As for their artwork, song titles and lyrics, that's a whole other area to get lost in as with this band even a typeface could mean something. Basically, like with all the best things you have to make an effort with this group. The fact that Ultradyne normally lets the music do the talking for them and are rarely unmasked has not done them any harm in the development of a strong cult following around the world. In the past they have hinted at their motivation when they spoke about their name meaning the perfect machine, but a machine of ideas whose motion is perpetuated by those who are willing to listen and obey.

In our first interview with Rob from The Exaltics we discussed the boost and hype of electro recently. Do you think something similar to the 2000s is happening now, when Bunker came up with their 80s inspired series “Bunker 3000” that led the path for electro and electro influenced music to have a huge commercial success?

Let's say it had a huge "commercial" success in the electronic dance music dimension where electro drew more attention to its genre than usual. Please tell us something about your record label. What does the Pi Gao Movement stand for and what is the story behind it?

Ultradyne: Pi Gao stands for constant change and we started Pi Gao Movement to be able to be in complete control of its output. Any output, the music, related artwork, merchandise, anything… The message pure and un-compromised.

On what kind of projects did you work before you collaborated as Ultradyne and at what point did you decide to start doing music together?

Dennis Richardson: I met Frank sometime in 2007. After several conversations with him I found that he and I shared similar beliefs on musical theories. It wasn’t long after that we began to work together as Ultradyne.

Discogs recently credited Ultradyne on the sought-after Somewhere In Detroit-release "Uncharted EP". This also explains why two of the tracks weren't part of the four 2x12" Drexciya compilations, which were released on clone a few years ago. What was the reason behind the revelation that Ultradyne is the producer of those two tracks, considering it was done many years after its release?

Dennis Richardson: I was not aware of this development, however, I think what is happening today in music is the shift to a newer generation of listeners and along with that comes a different ideology. Whereas 20 years ago the mystique of the music and its producers was part of the draw, today’s listeners are at a loss as to the history and connected relationships that started the electronic music genre. To keep the genre pure, and the art form alive the history must remain accurate as it is passed on.

Your album from 1999 was released on vinyl 18 years later in 2017. Is there another one being planned or coming up soon?

Ultradyne: We have a new release in stores now. Pi Gao Movement will be releasing several releases this year as well.

Are the titles of the tracks transmitting your message to the public and what do they mean to you?

Ultradyne: The titles try to capture an idea or feeling we want the listener to walk away with after hearing the song, or it may be something to stimulate the listeners mind in preparation to listening to the song. Either way the titles will have their own meaning to each listener.

Ultradyne record releases are somewhat infrequent. What do you consider before presenting your music to the audience?

Ultradyne: The concept and the premise behind the concept must be sound. It must have energy, and it must have meaning to us. If any of those things do not exist then the release will not happen.

Is it important for you that your music is released on vinyl?

Frank De Groodt: It is important to us. Our songs and remixes must end up on vinyl and we won’t be bothered (anymore) remixing for just digital or soundcloud based releases.

As far as I know, the gig on our party was only your second in Austria. For me personally, that was one of the most remarkable live performances I’ve ever heard. Do you feel satisfied with the feedback you received from the audience?

Dennis Richardson: It is hard to judge the feedback from the audience. A drug fueled party could seem like the best audience to play in front of but the message and the presentation of the concepts are never received. On the other hand, some of the most stoic crowds have been the most hardcore fans we have played in front of. We try not to be too concerned with how others react to the music and stay loyal to the concept while playing.

You finally released "Rising Tide". A brilliant track, which could be heard at several of your live performances, e.g. the Madrid recording. And you also dropped it on the Funkroom night. I suppose that this was just one of a few unreleased Ultradyne tracks which will be hopefully released soon.


What is the reason for Ultradyne to hide their faces? What do you think makes other electro artists do this as well?

Ultradyne: Ultradyne is about the creation and evolution of ideas. The concept of masks, for us, was that the idea had no specific shape, no specific look, no specific anything. Much like an idea which could be developed from the most unsuspecting thing, we present our music in the same fashion.

Thanks for your time and the insights to Ultradyne and Pi Gao Movement.